The Church of “Panagia Eleousa”

The Church of “Panagia Eleousa” 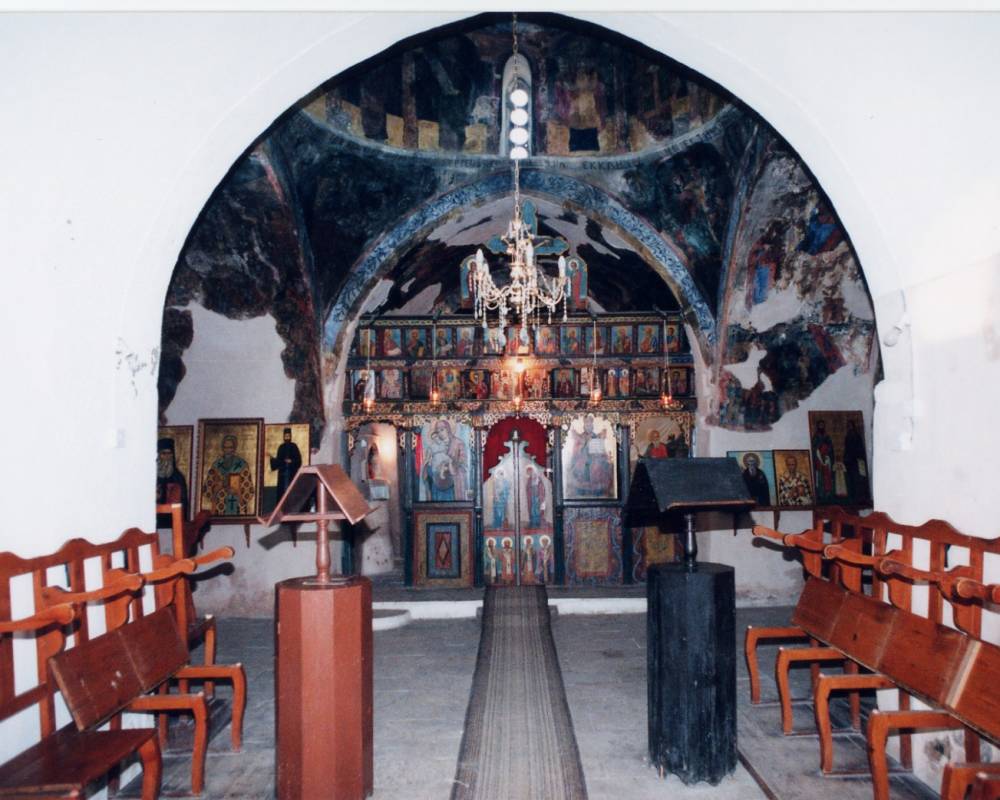 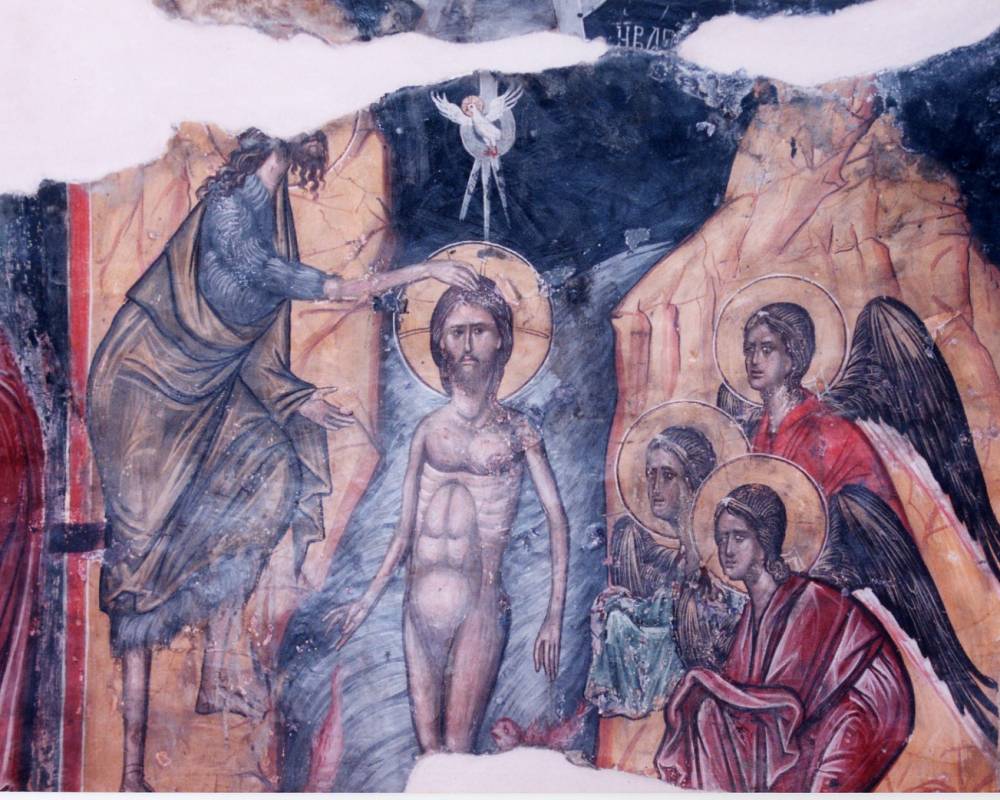 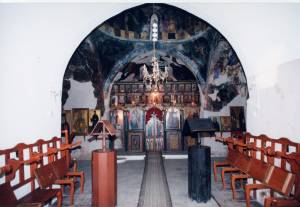 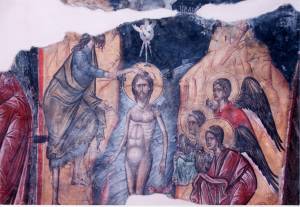 Great medieval structure and jewel of the village is the church of Panagia Eleousa or Chryseleousa, as it is cosmetized sometimes. Any icon is painted with the same style of art, as the icon of the Virgin of Kykkos is painted, and is called Eleousa. Many other temples of Paphos bear this name as, for instance, the temples  in Akourdalia, Giolou, Empa, Inia, Theletra, Kili, Critos, Lasa, Lysos, Simos, Polemios, etc.

The temple was built in the late 12th or early 13th century, at the same time when the churches of Panagia (Our Lady) in Empa and St. Theodosius in Acheleia were built. The church of Chloraka, in the form of isosceles cross with a dome at the intersection of antennas and is the same as the churches of Panagia of Kouklia and St. Theodosius of Acheleia. It is of Franco-Byzantine style, single-vault domed. In its western entrance the temple is distinguish with the coat of arms of Frank occupiers in the shape of “T”.  Mr. Gwynneth der Parthog, in his book “Byzantine and Medieval Cyprus”, indicates that there was an old Roman building interconnected with the northern wall of the west side. He also mentions that there are two peaked arches distinguished from inside the temple, which probably reveal the existence of a Frank chapel.

The church is frescoed. Frescoes are characterized by stylization, monochromaticity and complete indifference to the rendering of volumes. The oldest frescoes belong to the 13th century and are seen on the south wall of the western leg of the temple. There still remain two parapet walls with saints, of which one is Agia Kyriaki, while the other is damaged. Another old mural located on the north wall and depicts St. George killing the dragon.

The newer layers of frescoes have covered the old frescoes. In the sanctuary of the temple there are the following frescoes: the scene of Annunciation, Birth, Crucifixion, Lamentations, Sacrifice of Abraham, Baptism of the God-man, Archangel Michael and Virgin Mary, who is titled as Platytera. Inside the dome there is an imposing fresco of Pantocrator the following cyclic inscription in its base:

Beneath the dome there are Cherubim, the twelve Apostles, the four Evangelists and John the Theologian. Other frescoes found in the church are: Archangel Michael riding a horse, Jesus as the Righteous Judge, the Second Coming and St. Minas, also riding a horse, whereon the year 1898 is carved.

The present wooden altarpiece of the temple is painted with folklore method in vibrant colors. There are three portable images. Previously there was the icon of Virgin Mary the Odigitria and John the Theologian, which was then transferred to the new church. These images are of the 18th century. Instead of the icon of the Virgin Mary the Odigitria, another icon of the Virgin Mary was placed, which is inscribed as Eleousa (the Merciful), and was painted in 1957. Above the portable icons there is the narrower zone of the miniatures arranged in two rows. In the first row there are thirteen images and in the second one – the other twelve.

In the Holy Doors of the temple the Virgin Mary from the scene of the Annunciation depicted and in the lower parapets – St. John Chrysostom, Basil the Great, St. Gregory the Theologian and St. Nicholas. The leaves of the Holy Door are complimented with two scaly dragons.

The church of Panagia Eleousa was in operation until 1928, so the church of Panagia Chrysoaimatousa worked as well. The elder remember a separate ecclesiastical space for women, separated with wood initially, and later with a wall. Thus, the men and women could not glaze at each other in the sacred space of the church. There was a large wall painting of Archangel Michael in the matronium. In the past the spaces of the Church were often specially arranged and functioned as classrooms.

It is worth to mention that there was an Easter custom or tradition that existed not only in Chloraka, but in other villages as well, until the early 20th century. All adult men were going on Holy Saturday dressed in white breeches to church, and just the day changed and the priest sang “Christ is risen”, took their rifles and shoot over the dome of the church.

Many residents of Chloraka saw miracles of the Virgin Mary. One evening in 1999, a woman who, after many years of marriage, could not procreate, went along with a girlfriend to pray to the Virgin Mary. The two women prayed with deep faith and reverence. Afterwards, in a few days, she visited a physician, who surprisingly stated that she was pregnant and, moreover, that she would give birth to twins, as it then happened.

The church of Panagia Eleousa receives daily many visitors, especially tourists who want to admire the Byzantine architecture. The temple is under the supervision of the Archaeological Museum of Paphos. Operated a few times a year, but on November 21, the Presentation of Virgin Mary, it is always open.