The lilies of the sea

The lilies of the sea 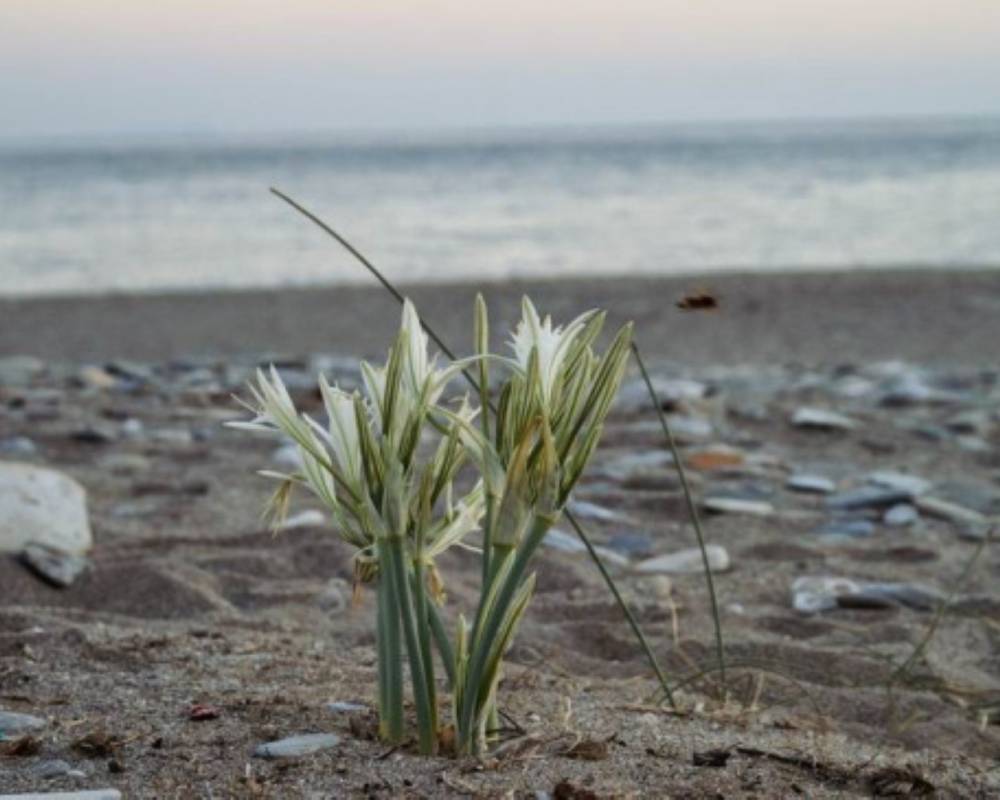 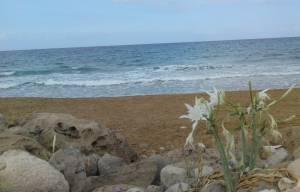 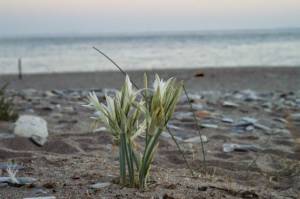 The sea lilies are the symbols of God’s creation and people’s desire for perfection. These are white, big flowers that spring up through the dry desolate earth, with a unique vertiginous scent, especially at decline of the day. They are known to everyone who happened to walk through a few sandy beaches, where today they flourish beside the sea, mainly in inaccessible places – there these unique plants of the specific genus have remained, which, we, the people, must love people and protect.

Sometime there were myriads of lilies growing on the beaches of Chloraka and Kissonerga that were covered with sand beached off with the rage of waves and drop in the cracks of rocks creating landscape, as if it was made by gods, that of a parched sun-kissed land, in August and September changed view, painted with white color of the seashore flowers.

Sooner or later, however, when people needed their places for growth and progress and had to build their luxury hotels, they did not think of their beauty and rarity. They enjoyed the beaches, changed them and transformed them into tourist resorts. They disappeared lilies and now remained only the memory of the flowers of the shore, and instead of them nowadays we see hotels made of concrete with gardens planted with outlandish blossoms and flowers.

Thus, this year, only a few of the remaining seashore lilies can be found on the beaches, which during the summer months are blooming, giving birth to their beautiful, standing alone all-white flowers, in the paths where the waves pop up. The seashore blossoms that appear on the earth from the hot and dry sand are strong and durable, beautiful and unique. These are the gifts of the sea – the wonderfully smelling lilies, rare and beautiful, that in the summer heat during the day close and wither, and in the nights, amid the sea breeze and the air from the open sea, the open and fling their fragrance in all the world around.

Their leaves are strip-shaped, fleshy and gray-green, coming out in winter and dried in summer, while from their dry leaves the seashore blossoms are born –  the beautiful flower that inspired Papadiamantis in his homonymous short story.

The fruits of the flower are shaped as large bulbs. The flowers appearing through the hot sand, each having six petals, form a crown in the manner of asphodel, and this why this plant is also known under the name of sea ​​daffodil.

The fruits of the flower when ripened are scattered away and look like black coal, the seeds are polygonal, soft, surrounded by a membrane like a life jacket that allows them to travel on the waves for thousands of miles, reaching shores from one side of the sea to the other for proliferation and populating. At their center they have a small bulb that is the real seed buried in the sand looking for moisture. Those seeds that survive after years, will bloom and continue their cycle of life.

In addition to the seeds, the plants are propagated with self-produced bulbs. Despite its propagation ability, this beautiful plant falls a victim of human activities on the coast. We note with every passing year that these flowers dwindle down and disappear. With the human hands the flowers are cut to fill the flower-vases, or uprooted to be re-planted in the gardens.

The Kotsia beach between Chloraka and Kissonerga, in August and September, embellishes with white sea lilies, and it would be good for anyone not to cut them nor trample, so that they could shed the seed and continue to exist in this place.

In Cyprus one can find these flowers in Chloraka beach, the beach of Akamas, and then we may see them on the remotely located Pachyammos. These are flowers rare and protected, monitored, and finally some people must realize with sensitivities that nowadays these flowers are unfortunately almost lost, and undertake rescue campaign for their propagation.