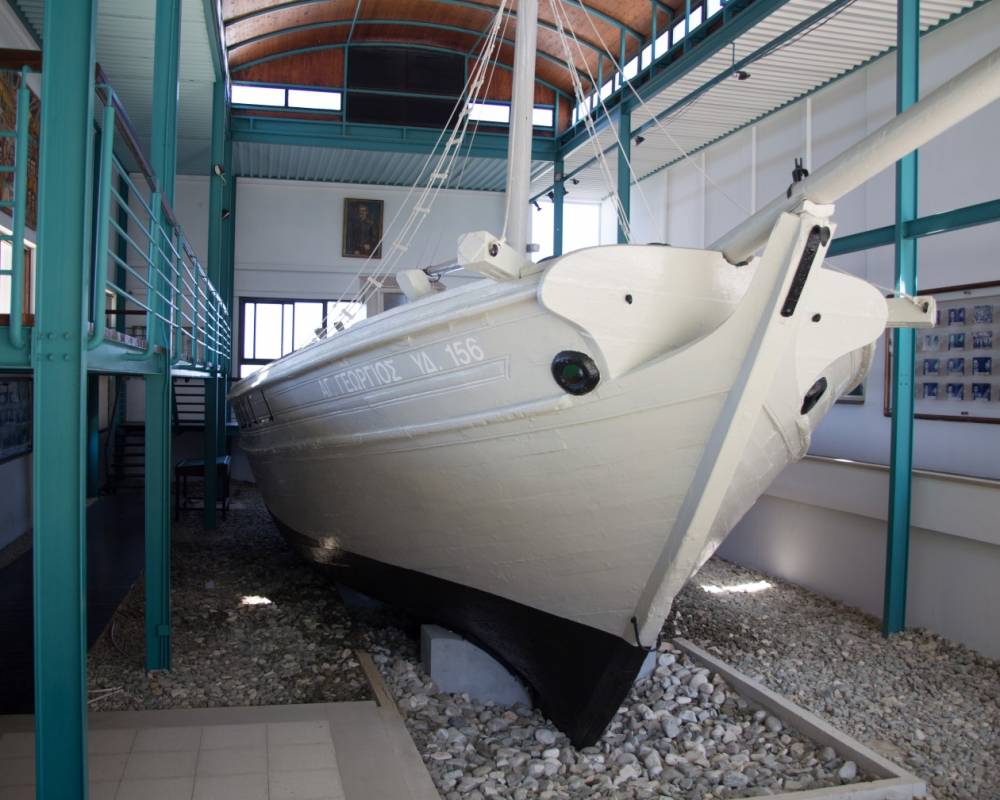 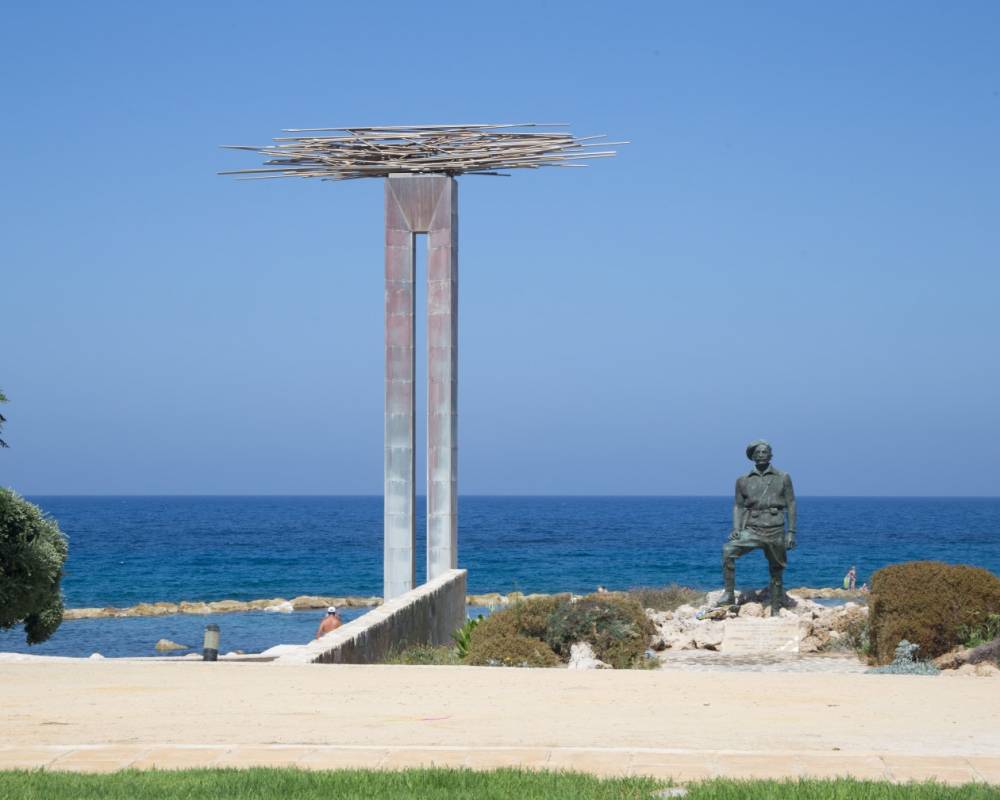 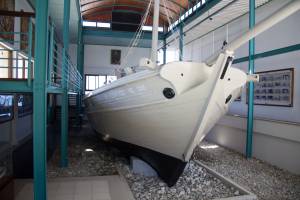 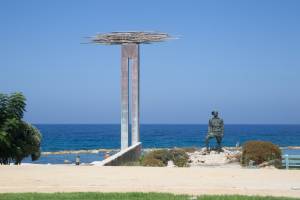 The coast of Alyki in Chloraka, during the period of 1955-1959 Cyprian liberation war, was an outermost secluded coast, and that was a reason to be chosen as the place for secret arrival from Greece of the Head of Cypriot fighters, Georgios Grivas Dighenis, and for unloading the first cargoes of weapons and armament.

Thus, this space has become an important monumental site where the “Agios Georgios” boat that transported gunpowder and ammunition for the fight is exposed today in a specially designed sheltered museum.

Also, there is the church of St George nearby, which Zena Kanther erected at its own expense in honor of the military leader of the Struggle. The chapel, where the icon-painting was later undertaken by Georgios and Alexandros Konstantinidis with the care of Paphos Cathedral and with donations of Christians, is now an integral part of the whole monumental area on the coast of Chloraka.

After the end of World War II, the British did not give self-determination that they had promised to the people of Cyprus, the repression continued, and thus, with Archbishop Makarios III as Ethnarch the armed struggle of EOKA began that started from the coast of Chloraka with the arrival of military commander Dighenis landed on the coast of Alyki and with the first shipment of weapons transferred by the ship “Siren” on the coast of Vrexi, and used for this purpose.

Almost all the population of the community united and participated or helped to win the struggle, which lasted four years, and after its successful outcome the Zurich Agreements were made.

Among ordinary people who helped without exception in their own way –  either by providing food or protection, or simply supporting the Struggle, some of them stood out for their great offer, some of them more and others less.

Seven fighters of Chloraka –  patriots who believed and fought for a truly liberated Cyprus, with their great sacrifices are indelibly marked in modern Cypriot history. Because it was their fight for national and social liberty, for self-determination and Union.

It was the first group of EOKA consisted of seven young patriots from Chloraka, with the group leader being Costas Leonidas – later P/Kosta-, and members of the group – Nikola Mavranikola, Nikola K. Pentara, Christodoulo N. Pentara, Christakis Evzona, Kyriacos G. Mavronicola, and Michalaki Papantoniou. They were joined also by the fighter-lawyer – Sokratis Loizides from Dikomo.

After the first shipment received at Vrexi coast, the seven patriots from Chloraka expected the “St. George” boat on the coast “Rodafinia” to receive the second shipment with weapons, which was also intended to be used in a great uprising against of the English conquerors.

It was January 25, when the captain of the warship HMS Comet identified on the radar the boat “St. George” moving to the west of Chloraka. The engines were immediately switched off, a blackout made and the police were alerted.

British soldiers that encamped in Coral Bay, were transferred to Chloraka, and surrounded the whole area from the village to the beach.And while the boat approached the shore, and began to unload the weapons and to transport it to the shore by boat, patrol police in their march for “Rodafinia” arrested Kyriakos Mavronicola and Michael P. / Anthoniou carrying blinds for the needs of the boat, and two more patrols encircled the shore and arrested the rest along with boxes that had already been unloaded.At the same time the English warship chased and captured the boat “St. George” with the entire crew.

The arrestees were tried and sentenced to imprisonment for many years.