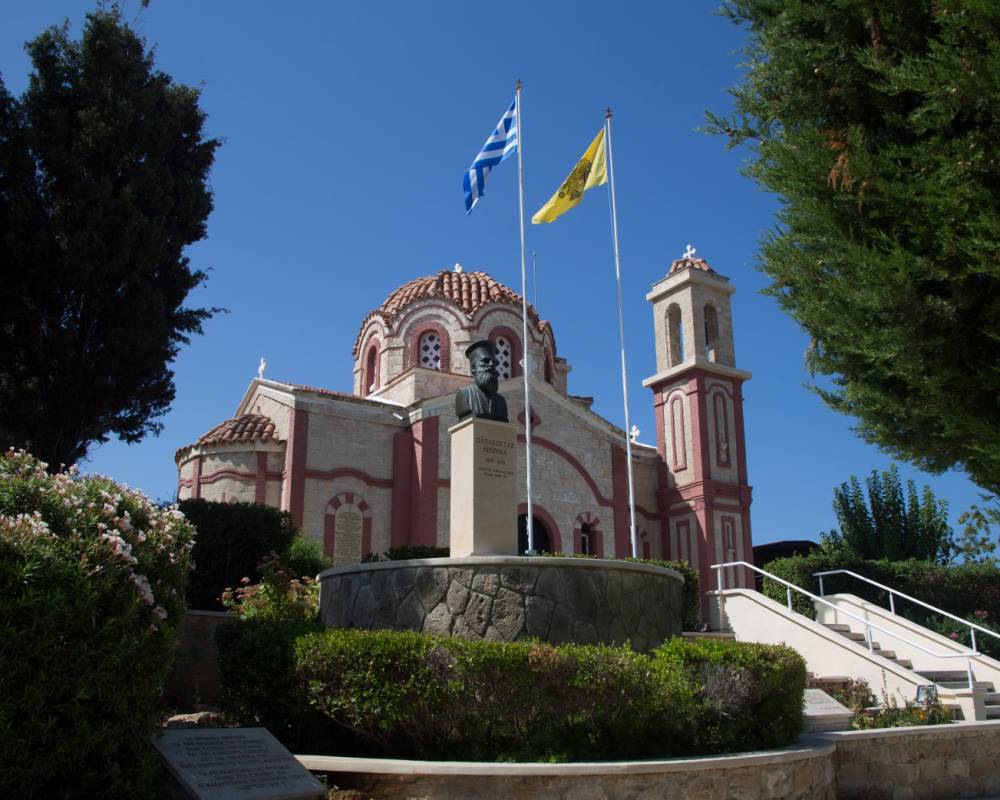 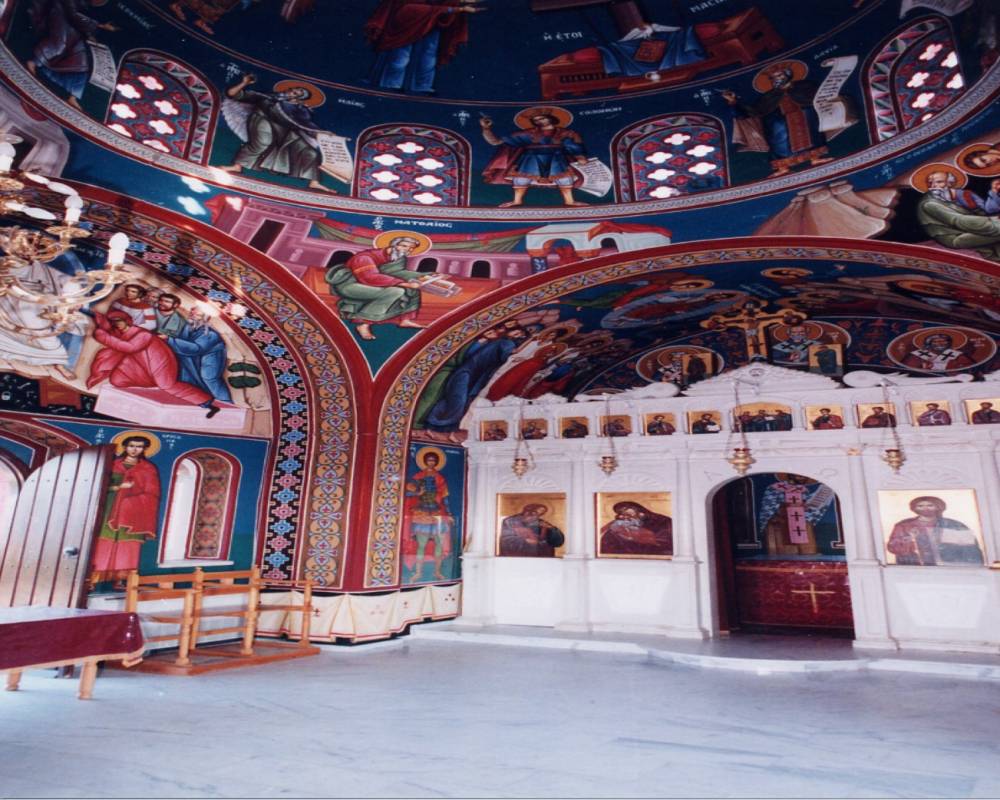 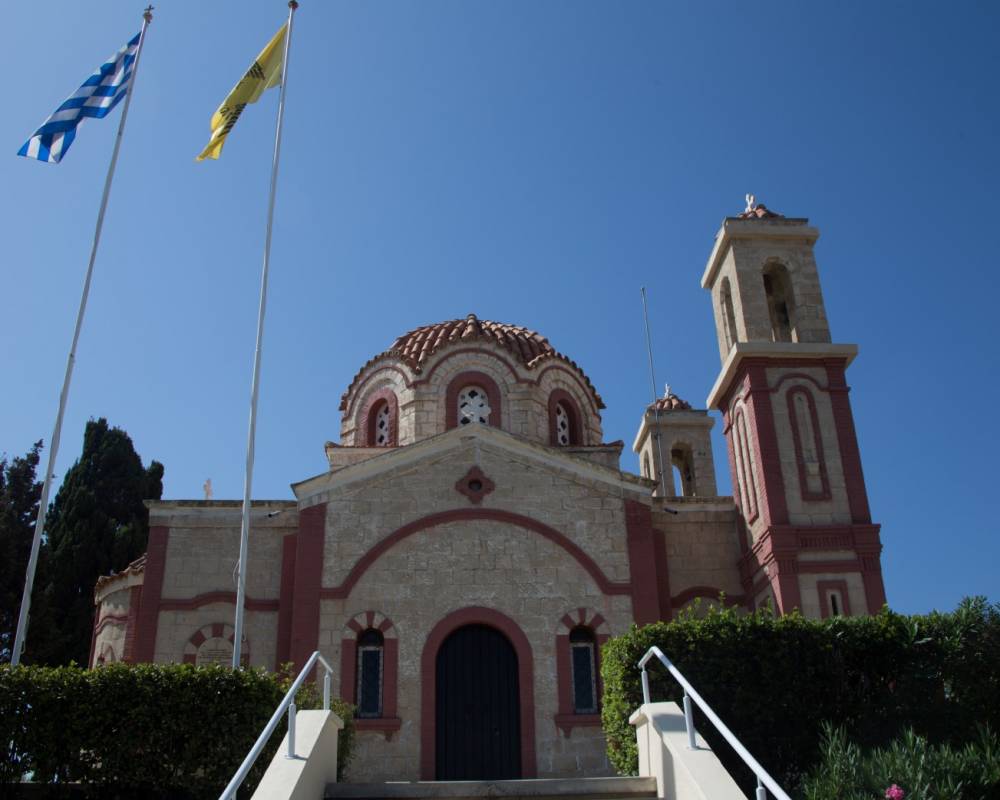 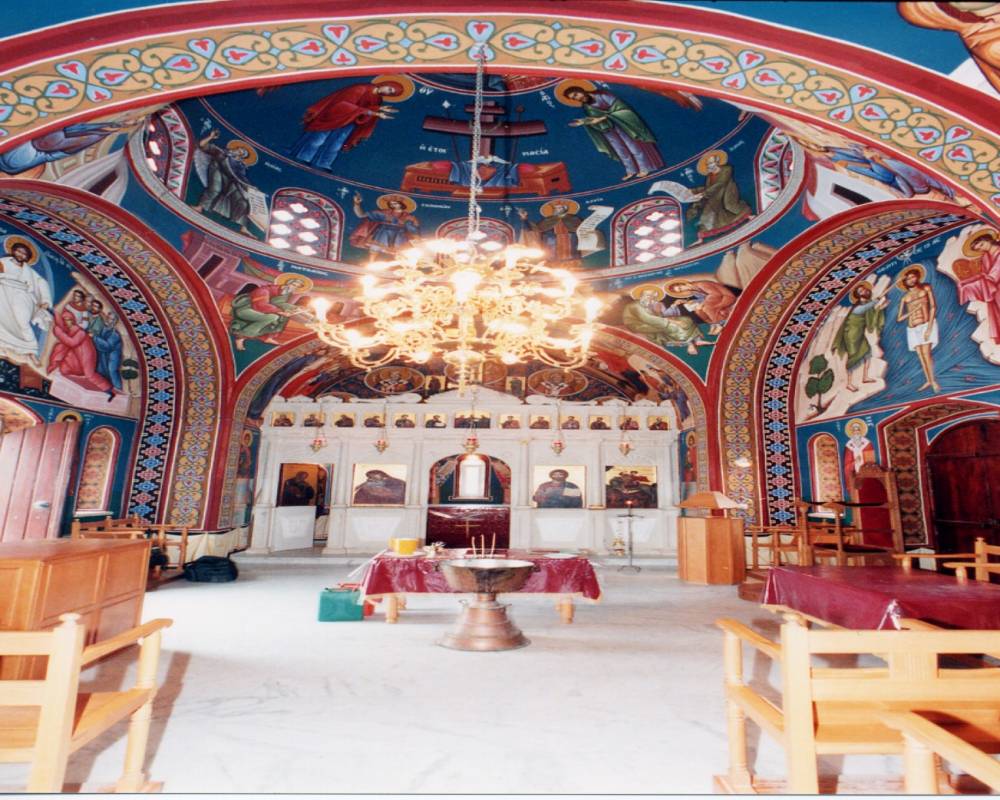 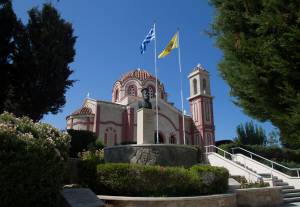 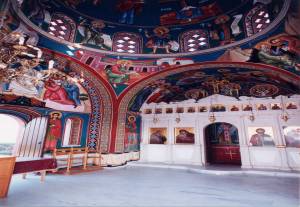 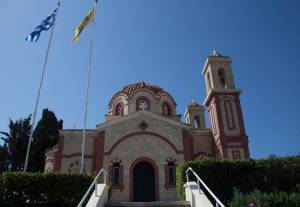 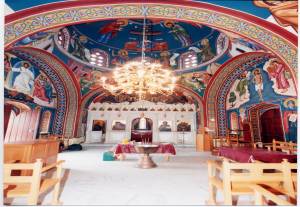 The picturesque chapel of Agios Georgios (St. George) has been built in the area of ​​Alyki, where on the 10th of November 1954 George Grivas Dighenis disembarked. The great benefactor of our village Zena Kanther Princess de Tyras caused this temple to be erected at her own expense in honor of the EOKA Commander

The cornerstone was laid on July 16, 1961, during the period of prelacy of Messieur Gennadiou, the Metropolitan of Paphos. The contractor was Charalambos A. Philippos. Later, the chapel’s walls were painted by Georgios and Alexandros Konstantinidis, with the care of the Holy Metropolitan of Paphos and the donations of Christians. It is worth noting that most of the marriage ceremonies of foreigners permanently residing in Cyprus are arranged in this small temple.

Zena Kanther also committed to asphalting of the road from the village to the church. This project then cost 5,000 pounds. As soon as the pavement works began, a humble ceremony took place, attended by all the important personalities of Paphos, to honor the great benefactor. The main speaker of the ceremony was the teacher of the village, Stavros Michael. Ms. Kanther was welcomed at the ceremony with applause and there was a banner hung, with her face painted on. The banner was painted by Christodoulos Paphios, bearing the words: “Welcome, our great benefactor of our community. ”

The site where the church of Saint George has been built highlights the religious belief that was deeply rooted in fighters of 1955.